Vitamin A is an essential nutrient and is important to consider when following a vegan diet.

This page may contain affiliate links (including Amazon Associates) and I earn from qualifying purchases.

What is Vitamin A? What is Beta Carotene?

Vitamin A is an essential nutrient with established recommended intake levels. It is found “preformed” (in it’s active form) in certain animal-based food products and is not found preformed in plant-based foods (unless fortified).

What Does Beta Carotene and Vitamin A Do in the Body?

Vitamin A is most well-known for its role in eye health, but is also found to help the immune system fight infections and is important for growth and development in children 1, 2.

Beta carotene is converted into vitamin A in the body. The vitamin A that is created from beta carotene can act in the same way as preformed vitamin A molecules (found in some animal-products).

While beta carotene is not classified as an essential nutrient on its own (vitamin A need can be met with preformed vitamin A), some research suggests it plays a role in the body even before it’s converted to vitamin A.

Beta carotene and other carotenoids are found to have antioxidant activity in the body 3. Antioxidants are important for health and have been shown to help lower the risk of many diseases including cancer and heart disease 3.

Foods rich in carotenoids such as beta carotene have been associated with reduced risk of certain cancers, cardiovascular disease, age-related macular degeneration, and cataracts 3.

Daily Intake Requirements of Vitamin A

This newer research was taken into account and it became established that on average, it takes 12 mcg of beta carotene to produce 1 mcg of vitamin A 1, 5.

The first sign of vitamin A deficiency is night blindness which can progress to more serious eye diseases and eventually total, irreversible blindness.

Since vitamin A also plays a role in the immune system, low intake may impair the body’s ability to fight infections. Low vitamin A may also decrease growth and development in children and impact bone health.

As with most vitamins, minerals and other beneficial compounds from foods, more is not always better and can even be toxic. Consuming too much vitamin A can happen from food sources alone or in combination with supplements/ fortified foods.

Vitamin A is fat-soluble, meaning the body stores this nutrient which leads to potential for harm if too much is absorbed and present in the body. Vitamin A is stored in the liver and can lead to bone damage, birth defects in pregnant women, loss of appetite, blurred vision, pain and nausea 7.

While the upper limit for vitamin A intake doesn’t include beta carotene supplements, taking these supplements may be harmful for other reasons (keep reading to learn more about supplementation).

How to Consume Enough Vitamin A as a Vegan

One argument against veganism being a healthy dietary choice is the reliance on beta carotene to meet vitamin A requirements.

There’s no naturally occurring preformed vitamin A in vegan diets, although it’s sometimes fortified into vegan foods like plant-based milks or margarine. If a vegan doesn’t consume these fortified foods, they’ll be completely reliant on beta carotene to meet their intake needs.

Vegan Food Sources of Vitamin A

As you can see from this list, it’s possible to meet the daily intake requirements from plant-based foods; however, it’s essential to consume at least one serving (if not 2-3 servings) of orange or dark green vegetables/ fruits each day to meet this requirement.

It’s generally a good idea for vegans to aim for at least one serving of leafy greens per day, and getting adequate vitamin A (in the form of beta carotene) is yet another reason to meet this recommendation. If it’s not possible, consuming orange vegetables like sweet potato, carrot, butternut squash or pumpkin is a great step.

Vitamin A Supplements for Vegans

Vitamin A supplements and/ or beta carotene supplements are not necessary for vegans meeting their intake requirements for this nutrient.

However, if you do not consume dark green or orange vegetables and fruits on the list above on a regular basis, speak with your doctor or dietitian about including a supplement. Vitamin A supplements are not generally recommended as people can store vitamin A in the liver or beta carotene in fat tissue, so deficiency is rare and there is a high potential for toxicity and harmful side effects 6.

Summary: Vitamin A and Beta Carotene for Vegans

If you’re concerned about meeting nutrient needs as a vegan, working with a vegan Dietitian is a great option to optimize your health!

Please note that this is a curated list of references for the topics above and is not intended to be comprehensive.

Disclaimer: always speak with a doctor before changing your diet. Please read our full website disclaimer. 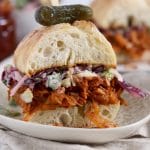 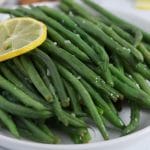 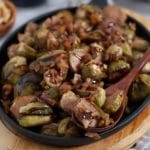