This vegan fish tacos recipe recreates all the classic flavors of a delicious and fresh fish taco. Using marinated, beer battered tempeh “fish” and vegan Baja sauce, this is a delicious meal!

Breaded tempeh “fish” is the ideal way to make a fishless taco. Tempeh is a delicious and high protein vegan ingredient that has a great texture to mimic fish.

Tempeh is a fermented soy product made with whole soy beans. When eating tempeh, the soy beans “flake” apart, similar to how fish breaks apart when eating. While the texture of tempeh is heavier compared to fish, overall it’s a delicious substitute.

For this recipe, I wanted to recreate delicious vegan fish tacos that I once had at a restaurant. They used a vegan battered fish so that’s what I did here!

Tempeh has a very mild flavor which is great for marinating! By marinating the tempeh, it’s possible to create a flavor similar to a non-vegan fish taco.

To me, fish tacos have a bright and fresh flavor characterized by lime juice! That’s why there’s plenty of lime in this marinade.

It’s ideal to marinate the tempeh for at least an hour, but overnight is best for maximum flavor.

Making a vegan beer batter for frying is simple! All that’s required is spiced all-purpose flour and beer.

When making beer batter, the beer selection is important as it greatly impacts flavor. The lighter the beer is, the lighter (in flavor) the batter is. Any beer works to create light beer batter texture.

A heavier or more flavorful beer (ex. red ale or IPA) creates a stronger beer flavor in the batter. This flavor comes through in the final product, so keep that in mind when selecting your beer!

Since this is a vegan recipe, selecting a vegan-friendly beer is likely something you need to consider. Luckily a majority of beers are vegan, but you can always check on barnivore.com!

From what I’ve found over the years, the darker the beer, the more likely it’s not vegan. If you drink craft beer, it’s best to directly ask the brewery whether they use animal products in the filtering (or any step) of beer making.

If you avoid beer or alcohol for any reason, simply replace the beer with sparkling water or club soda.

I’d add ½ tbsp. malt vinegar to the club soda because beer has a slightly bitter taste and vinegar helps mimic that. Any type of light vinegar works (ex. apple cider, white) but malt would most closely replicate the flavor of beer.

Vegan Baja sauce is a delicious way to flavor a fishless taco recipe! Baja sauce is made a few different ways but I’ve decided to stick with the easiest version for this recipe.

Often, Baja sauce is made with a combination of mayonnaise and sour cream. Since neither of those are typically vegan, I chose to make this a 100% mayonnaise-based sauce rather than requiring the purchase of both vegan ingredients.

I typically have vegan mayonnaise on hand, but finding vegan sour cream can be challenging. That’s why I often make homemade cashew sour cream, which certainly works for this recipe!

You can also use any type of vegan sour cream, or even plain vegan yogurt to create a vegan fish taco cream sauce.

I also kept the flavors of this vegan Baja sauce simple and left out cilantro. If you’re a cilantro fan, please add some chopped cilantro to the sauce, or simply serve your delicious vegan fish tacos with some!

How to Serve Vegan Fish Tacos

Vegan fish tacos can be served however you like, but classic toppings for fishless tacos include:

You can use corn or flour tortillas and however many toppings you like! 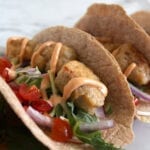 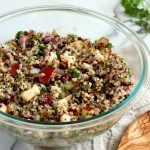 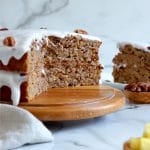 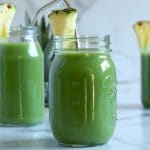